Get fresh music recommendations delivered to your inbox every Friday.
We've updated our Terms of Use. You can review the changes here.

Peter Yarrow - Have You Been to Jail for Justice?

from Solidarity Songs for Tim DeChristopher's Trial by Peaceful Uprising 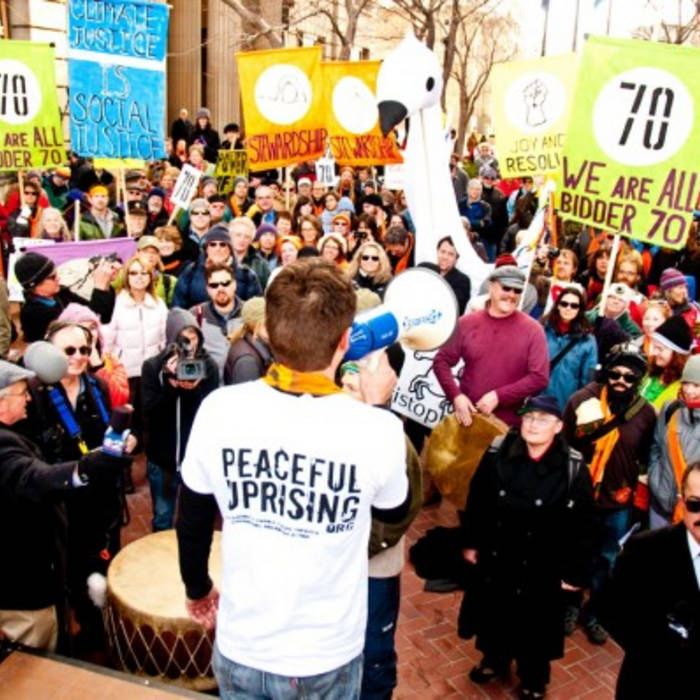 Was it Cesar Chavez? Or Rosa Parks that day?
Some say Dr. King or Gandhi that set them on their way
No matter who your mentors are it's pretty plain to see
That, if you've been to jail for justice, you're in good company

You law abiding citizens, come listen to this song
Laws were made by people, and people can be wrong
Once unions were against the law, but slavery was fine
Women were denied the vote & children worked the mine
The more you study history the less you can deny it
A rotten law stays on the books til folks like us defy it

The law's supposed to serve us, and so are the police
And when the system fails, it's up to us to speak our peace
It takes eternal vigilance for justice to prevail
So get courage from your convictions
Let them haul you off to jail!

We are committed to defending a livable future through empowering nonviolent action.

We seek to change the institutional and social status quo at the root of the climate crisis, and move toward a just and healthy world.